Jonny spent his childhood in the wet and windy hills of North Wales, exploring forests, riding his bike for miles and miles, scrumping apples and building tree-houses. When he wasn’t outside he was drawing and busily creating worlds, sprawled across his bedroom floor, with paper everywhere.

When he realised he had to grow up and get a job, he went to college to study illustration and then got himself a proper job on a pirate ship. He spent a year climbing up and down rigging before jumping ship in Dublin because the ship’s chef didn’t like his vegetarian ways. As a landlubber, he enjoyed stints as an encyclopaedia salesman, a children’s entertainer in Majorca, a gallery warden, and an art teacher in Kang, a small village in the middle of the Kalahari Desert.

Jonny eventually ended up designing characters for computer games. Whilst working as a freelance games artist, he wrote a picture book about a sea monster called ‘The Pirate Cruncher’ and did all the pictures too, which was published by Templar in 2009. Then he helped design the characters for Aardman’s stop-motion movie ‘The Pirates! In an Adventure with Scientists!’.

A second picture book ‘The Pirates Next Door’ followed (which won the 2012 Waterstones Children’s Book Prize), and then Jonny went a bit sci-fi with ‘The King of Space’ picture book. In an attempt to work his way through all the things he liked drawing as a nipper, he also wrote a book all about dinosaurs called ‘Gigantosaurus!’. He also illustrated the latest Harry Potter book covers in 2014, which are – we think – the best ones yet!

Jonny has recently returned to his pirate books in his newest 2018 title The Pirates of Scurvy Sands, where we once again join Jim Lad and Matilda for an exciting pirate adventure.

Nowadays, Jonny has returned to the wet and windy hills of North Wales. He spends most of his time drawing and busily creating worlds, sprawled across his studio floor, with paper everywhere. When he’s not drawing, he likes exploring forests, riding his bike for miles and miles, scrumping apples, fixing old cars and building garden sheds. 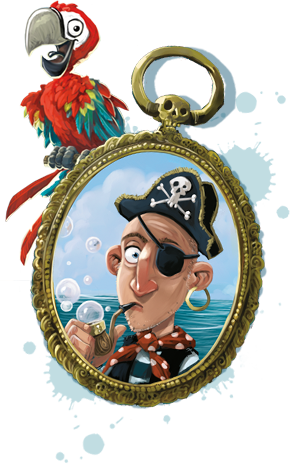 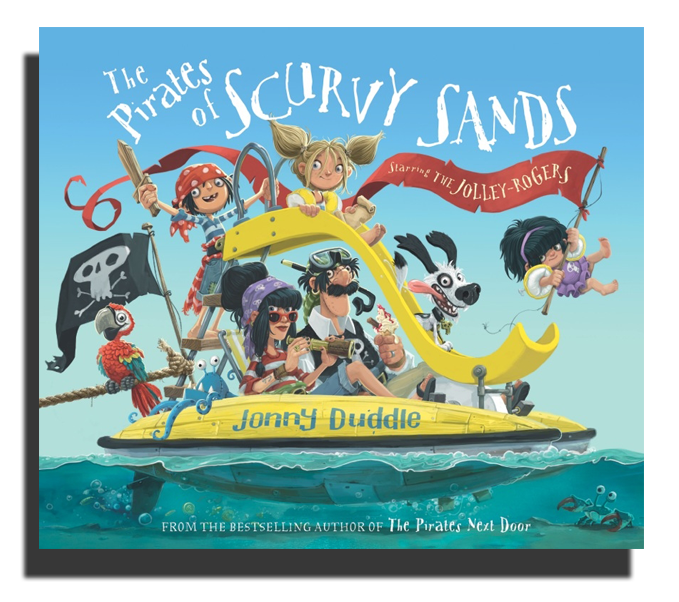 Yo ho ho! Celebrate the hilarious voyages of the Jolley-Rogers, the most intrepid pirates of the Seven Seas, with real life ex-pirate Jonny Duddle at Bath Festival on Saturday 6th October! He’ll introduce us to his new title The Pirate of Scurvy Sands by putting on a bonkers pirate performance with live drawing and a special reading!

Jonny Duddle will be part of the outreach programme at the Edinburgh International Book Festival in late August, visiting a local school and reading from Gigantosaurus and the Pirate Cruncher. His next public events are Bath Literary Festival (Oct 5) and Cheltenham Festival (Oct 12)

Get the latest
Jonny Duddle news